I just glanced at my calendar, and it has been 39 days since we officially began the kitchen project. Technically, it's been a little longer than that. The husband actually began to tear up the floor, thus committing us to this crazy thing, just a few days before unexpectedly losing his mom.

And let's just agree that after 40 days of hard labor, this blogger deserves a day off for mostly good behavior. There's another reason for it, too. It's because of this stuff. 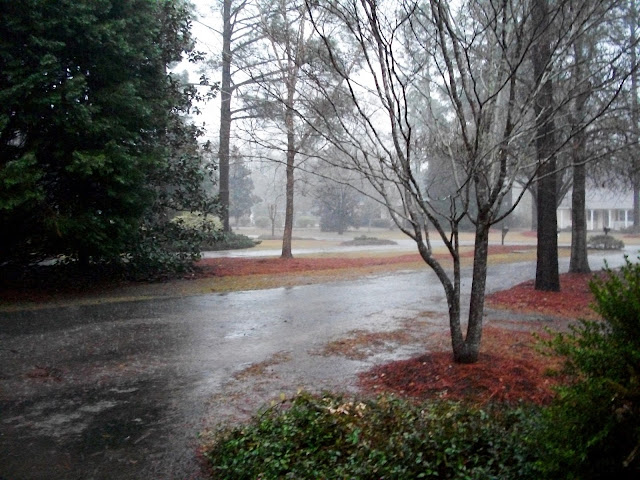 Now, don't get me wrong, I'm very grateful for the rain. We've been in a severe drought in these parts for several long years now.  Even after a little precipitation rain last year, the water table had barely budged.


The ponds were still dry.
The river was still freakishly low. 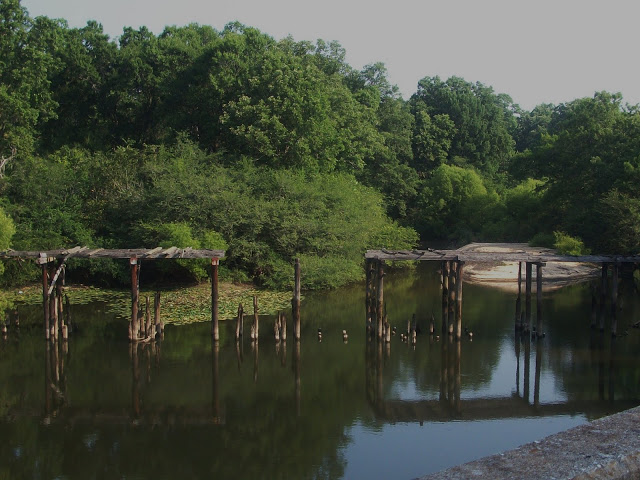 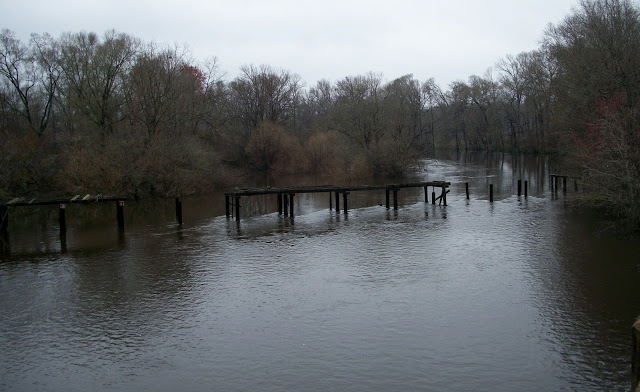 Yep. Water nearly up to the bridge where I stood to take the picture.

Water as far as the the eye can see. 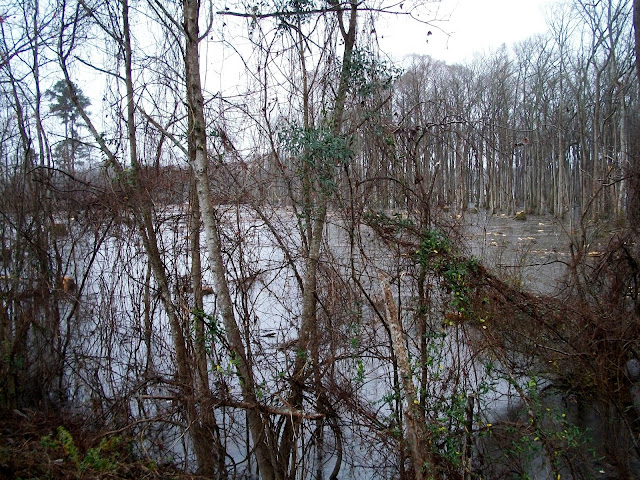 Lest you think this is another shot of the river, think again.
It's technically the area known as the overflow. 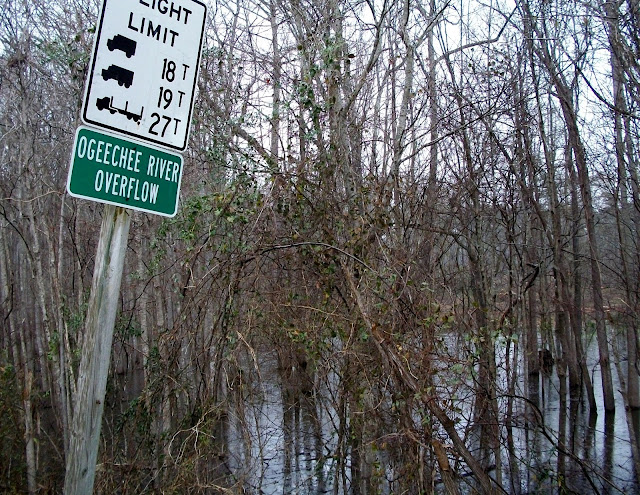 
Can you see the stumps? 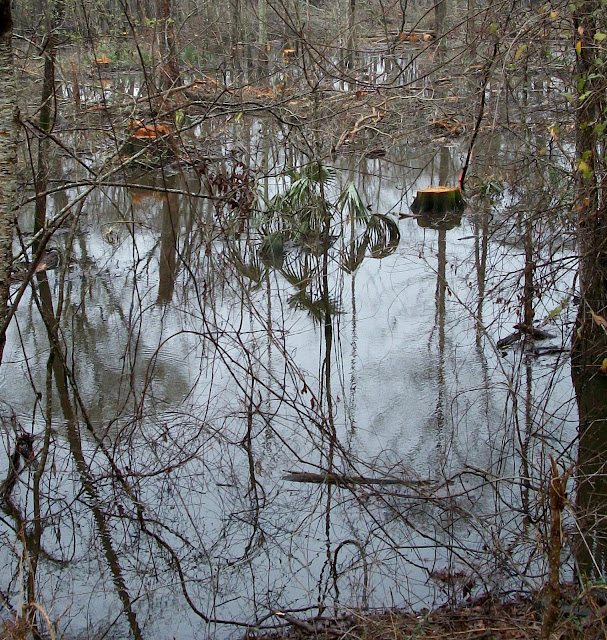 Just one month ago,
loggers were deep into this area. 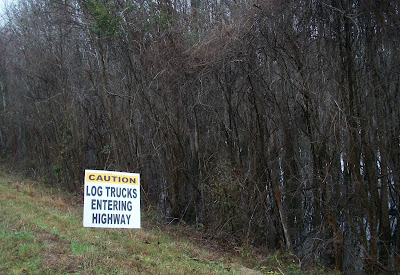 They had to halt the operation midstream.
(Or mid river, as the case would be...) 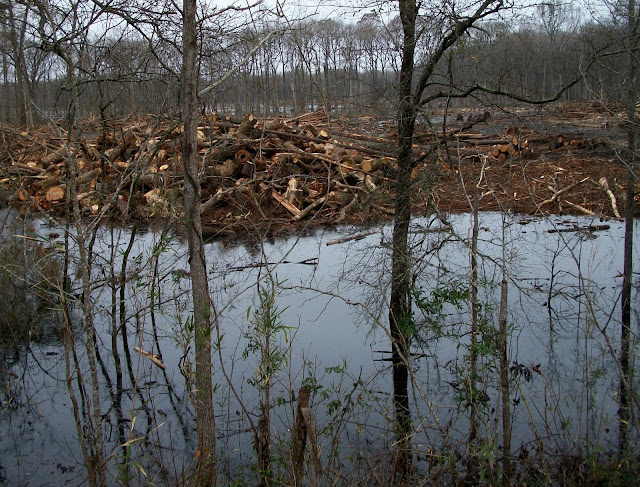 Now actually, it's not a typical place to harvest trees. The only reason the loggers could get in there in the first place was because of the severe drought that I mentioned in the beginning of this.  The overflow has been bone dry for years.  The rain has taken care of that.

And do you know when all that rain started?

Less than a week after we began the Incredible Ever Expanding Kitchen Project.

Obviously, we had to go with Plan B, which is to paint them the old fashioned way.  I'm plugging along, but it has been slow going.

I will end this little update with an enthusiastic product endorsement, though.  I've been using this paint additive called Floetrol. I got it at Lowes for about ten dollars, and folks, it is worth ten times that amount.  It greatly reduces, even eliminates, brush and roller strokes. 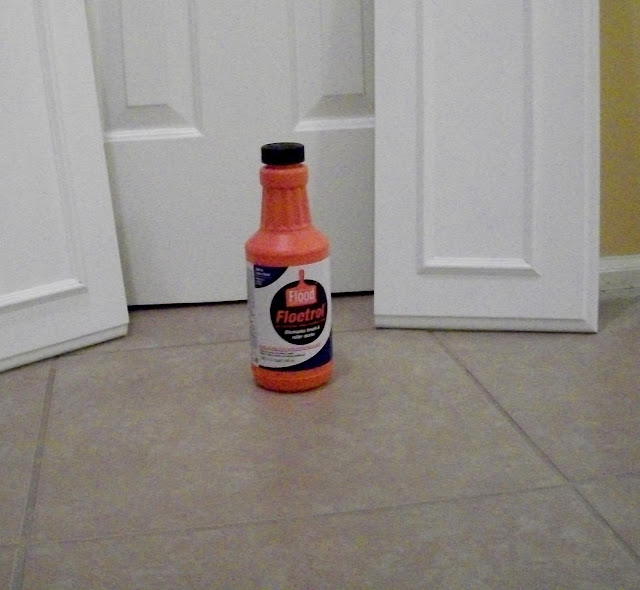 (Psssst.... that's a peek at the floor and the doors in case you can't tell.)

Anyway, that's all for me this morning. I'm taking this rainy day off to sip some coffee and visit Blogville.  After that, I'm out to gather up two possums, two armadillos, and one more squirrel.


How's the weather in your neck of the woods?
Anyone want to borrow some rain?
yakked by Debbie on Tuesday, February 26, 2013 39 comments yakked back

Just a little before, after, and during to share this morning.

I interrupted my marathon kitchen painting last week to step outside and enjoy some unseasonable blossoms in the back yard. 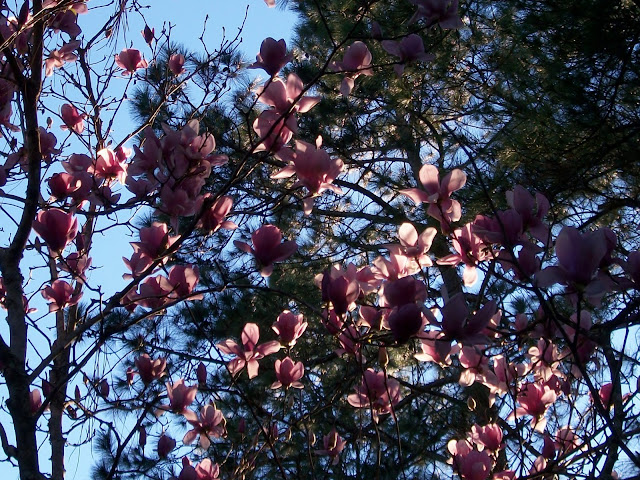 We're kind of used to our Japanese magnolia blooming whenever in the world she pleases. She has shown up in January before.


I can't remember the azaleas ever joining her, though. 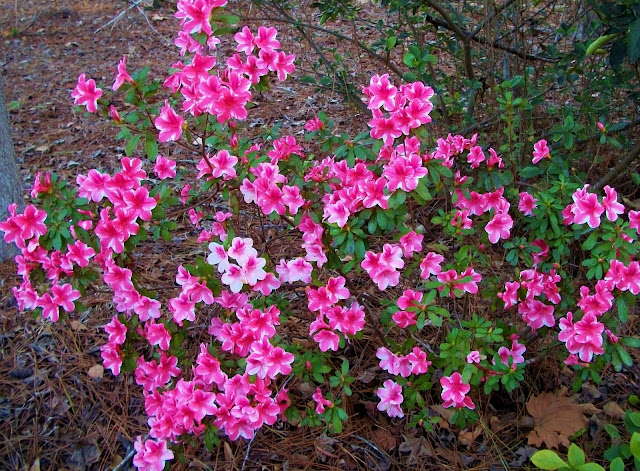 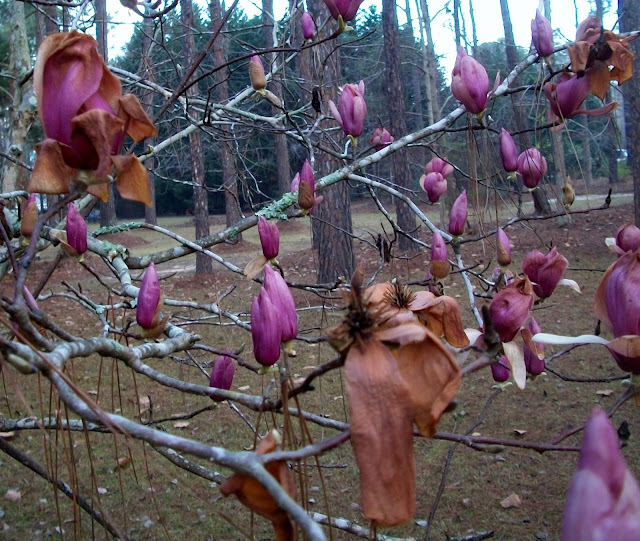 As you can see, what passes for winter here in south Georgia arrived this past weekend. It frosted the bloom  off the rose.


And the azalea and magnolia too. 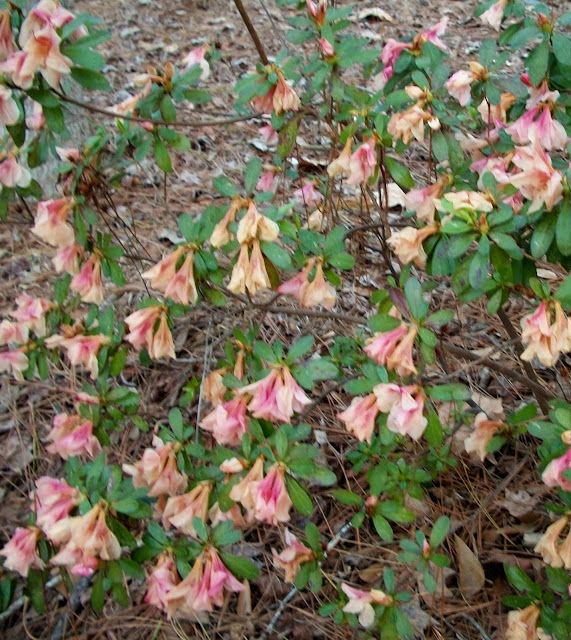 Do you want to know what I was doing in those frosty temperatures?

I was outside dressed like the unibomber cutting tiles with a wet saw.

Yes indeed, as soon as the temperatures even remotely allowed it, we had to jump on our tiling project. We didn't really have a choice.  The man of the house is only home on the weekend, and the lady of the house can't be trusted around power tools.  We worked in tandem.

He measured;
I cut.

He mixed mortar and laid the tile;
I narrated and handed him spacers. 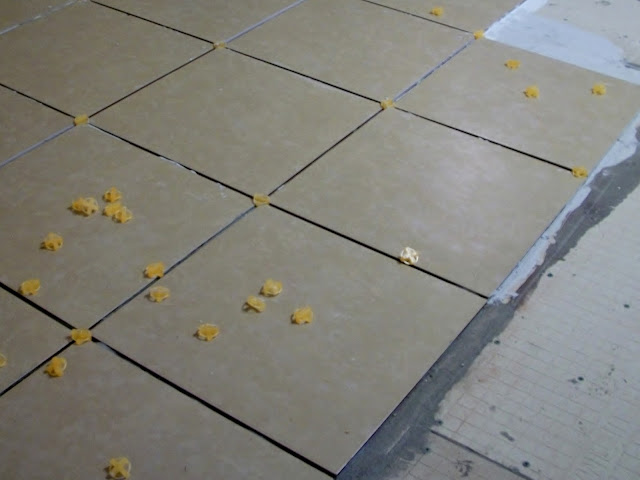 We're using 18 inch square tiles so it's supposed to go a little faster. 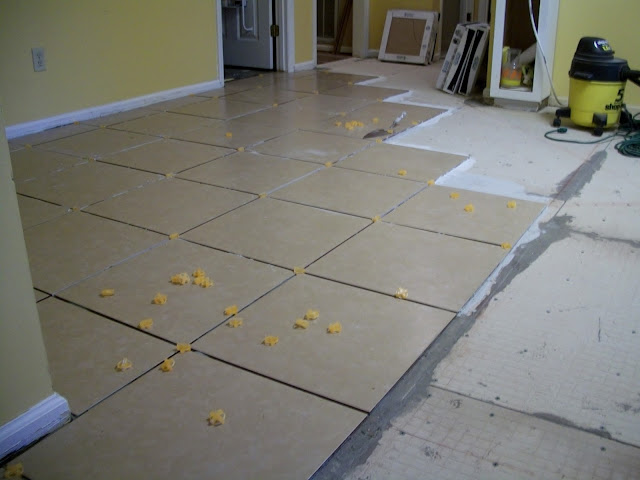 Aside from an area around the hot water heater which made me cry,
I cut every single one of them, too. .

Pretty good, if I do say so myself. 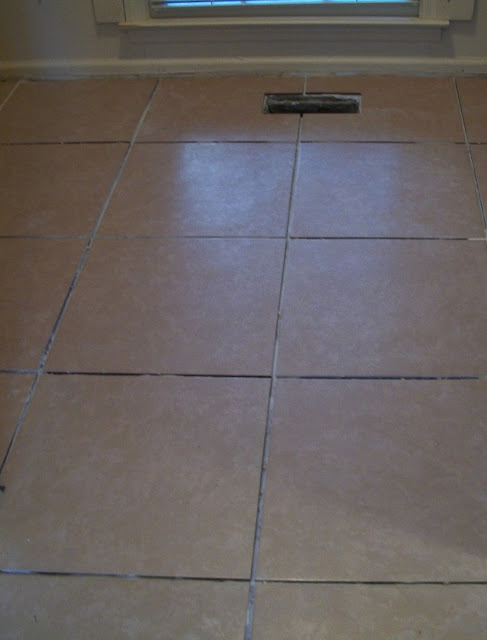 All told, that's almost 80 pieces of tile. By our calculations, we are just over a fourth of the way finished with the laying.  And then, there is grouting, of course. And sealing.


Can someone please remind me why I thought it was a good idea
to paint the cabinets in the middle of it all?
yakked by Debbie on Tuesday, February 05, 2013 47 comments yakked back