The Sisterhood of the Traveling Lights

So I was trying to share a random act of senseless decorating last week. It was little corner of the living room sort of dressed up for fall.

Don't scroll back. You didn't miss it. The post had a failure to launch.

I was trying anyway. I had turned on every light in the room and was running about the place turning on every other light  I could find as well. The Scottish MacHusband was running right behind me,  turning them off as fast as I could turn them on.

"I am trying to light up this corner in the living room,"
said I.
"By turning on lights in the den?"
said he.

Then he called me Deb-or-ah and launched into some kind of physics lesson about the properties of light. (At least I think it was physics. Science and I aren't exactly on speaking terms.)

and something about light traveling in a straight line.

And therefore, apparently, it makes no difference whatsoever whether we have a
light turned on around the corner...

I'm sure he's right. It's his turn to be, after all. Still, it irked me to have him going around behind me turning off my lights when I was so desperate to chase the gloomies out of my picture.

So yesterday morning, I did a little experiment. I took a series of photos of the same spot in the house while I ever so scientifically turned on lights in the adjacent spaces and then around the corner.

Then, without retouching them at all, I lined them all up.

Because apparently, I have too much time on my hands.

And then, I showed them to Einstein to make him admit that he could see a slight difference.


He used the word subtle.
Then, he said something snotty about turning on the light upstairs in the master bathroom. 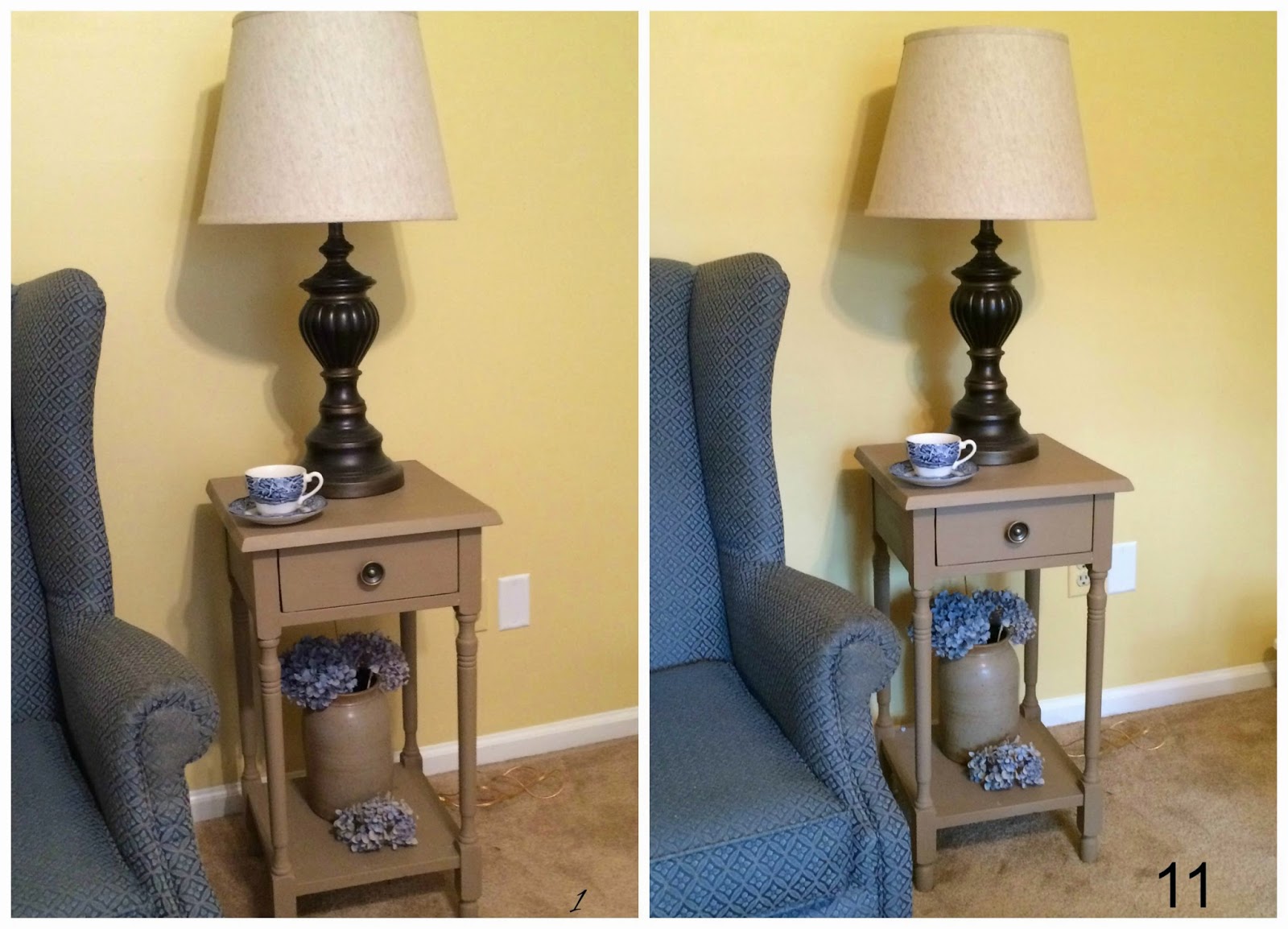 So OK... Maybe I wasn't able to bring about any great change by turning on the lights around the corner.   Maybe that part is mostly in my head.

But here's the thing: When you're desperate for just a little light in your corner of the world, isn't even a subtle change an encouraging one?

And it got me thinking.
I'm always thinking...

There seems to be a lot of folks out there desperate for just a little more light in their corner of the world. Oh, maybe it's not completely dark in there, but you're facing your own version of the gloomies.  Some of you have shared it openly on the world wide web. Others have quietly emailed. Still others have said it, but their words were mostly written between the lines.

You know who you are.

And if I could, I would take whatever paltry light I have to share and come straight to your corner of the world to help you chase those gloomies away. If I could, I would get on a plane and travel coast to coast with a tray full of pumpkin lattes.


But I can't.
I'm sort of stuck here in my own little corner of the world.

But maybe... and yes I know this flies in the face of physics...  maybe I can send at least a little light to your corner of the world just by turning one on in mine.

I think the Master and Creator of the Universe can do whatever He pleases with the laws of physics. He made them up in His head, after all.  He is perfectly capable of taking one little light from  Georgia all the way to a corner in California by way of North Carolina with a side trip to Texas... if He has a mind to.

After all, what's a corner but an intersection of two straight lines?

That's the way I see it anyway.


So even though I can't travel to your corner of the world with a pumpkin latte this morning, I'm going to do my best to light your world by lighting up the world, one little corner at a time. 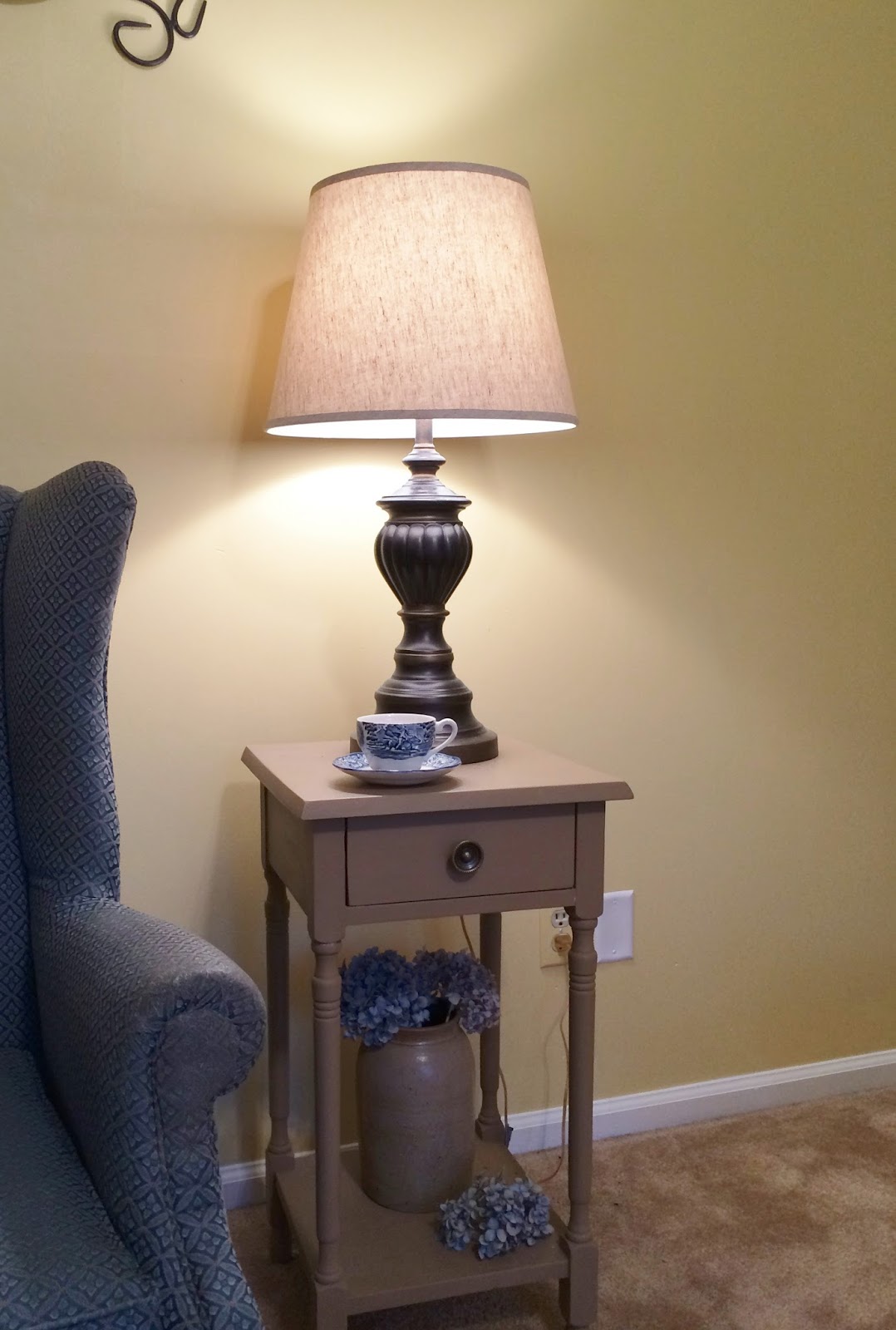 Anybody want to join me?
I'll meet you at the intersection.

Comments off as always for Sunday
yakked by Debbie on Sunday, September 21, 2014