Can you stand another post about my Japanese magnolia? You know the one, the one which started to bloom about a week ago, just days before an arctic blast blew through the area. (Yes, I realize that those of you in the northern climes would hardly call  29 degrees an arctic blast, but to this Georgia hot house flower, it is.)


To the magnolia blossoming after weeks of  70 degree weather, it is too. 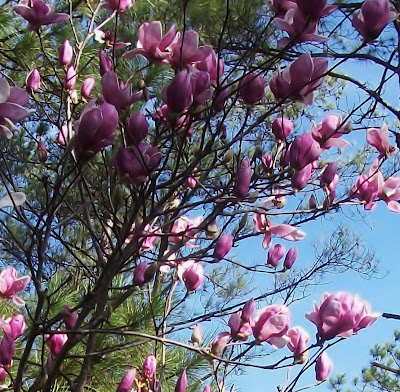 That's why I was discouraged when the weather man predicted temperatures below the freezing point. I brought some branches into the house and hoped for the best, but there was really nothing left to do but wait.

When the sun rose that arctic morning,  I headed to the window for blossom inspection.


And do you know what I saw? 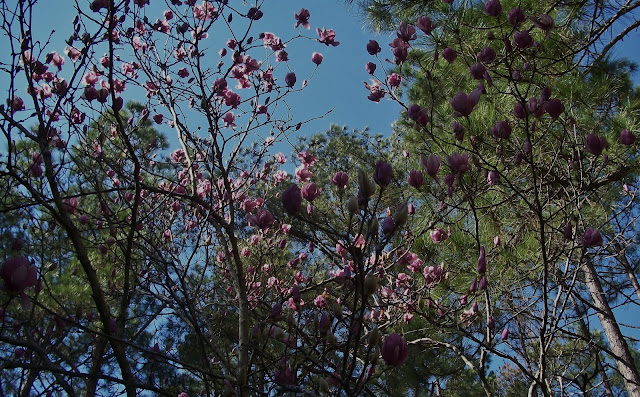 Buds and blooms, exactly as they had been the day before. Yep. Miss Maggie was in the pink. I called it The Great Magnolia Miracle.

I also called the sister.  She was very happy for me and said that she hoped the blossoms survived.


Hoped?
Now, normally, I love the word hope, but when used in reference to a pre-dubbed miracle, it makes me cranky.  She told me to keep watching the flowers. If they were going to die, she said, they would start to wilt and fall to the ground within the next few days. 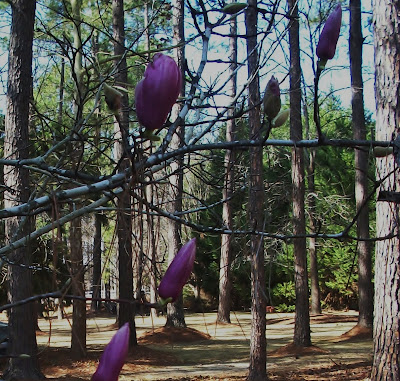 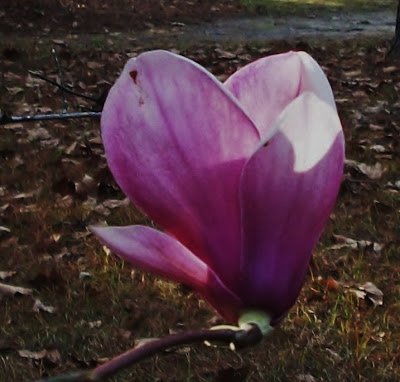 And nothing fell to the ground 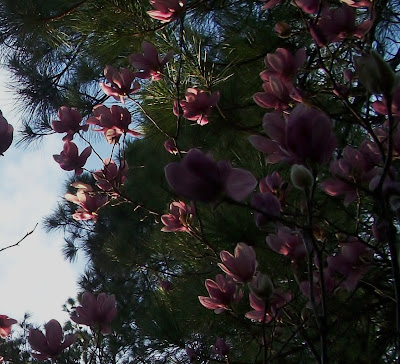 I'll bet you think this is a post about hope and optimism, don't you?
Well, it isn't.


You see, there's a funny thing about Miss Maggie... To someone who doesn't know any better, she still looks pretty snazzy. She may be bald in some places, but she's showy in others. She just has one major problem; she has stopped growing.
When I say that she looks exactly the way she did before the big chill, I do mean exactly.
The buds are still buds...
The semi-blooms are still semi- bloomed...
And not a single one has come to full flower.

That's not the way it was supposed to be.


That's not the way it's supposed to be in the life of a Believer, either, but all too often, that's the way it is. Oh, we've got some buds and blooms, maybe just enough to cover the bald spots, but if the truth be told, we haven't seen any real growth in a long, long time.
Maybe we were hit with a big chill of our own.
Maybe, we just got complacent.
Whatever the reason, there we sit. Oh, we're not dead. We're still alive; we've simply stopped growing.  We're camped out in that deceptive state of semi-blossom along the Pilgrim's Path. What's worse? We're perfectly content to stay there.  We're safely secured to the branch, after all.

How much better is it supposed to get? 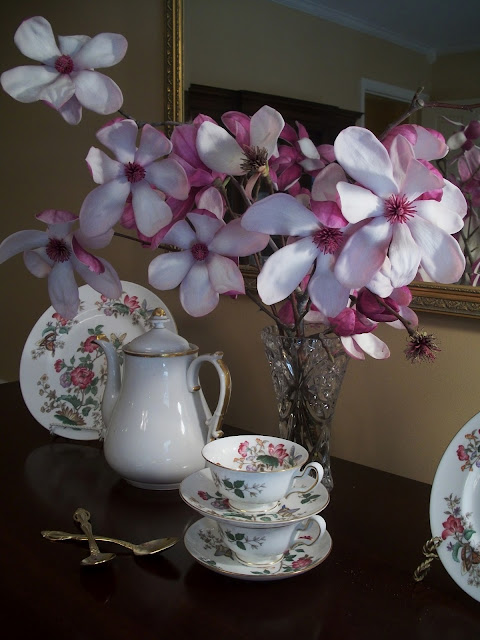 Tell me, when was the last time you did a little blossom inspection?