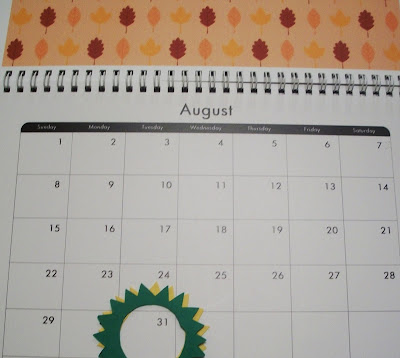 Tomorrow, we get to usher in the month of September, the first month of my very favorite season. I love fall and can hardly wait to fill this house full of the sights and smells of it.

Unfortunately, I have a bit of a problem.

It seems that in the past months of moping, whining, sewing and crafting, I have developed a bit a mess around here. It’s the little stuff  I've left unattended.  Little stuff, however, has an annoying habit of congregating with other little stuff to become big stuff. Can anyone relate?

It moves from counter...
to shelf
then to a box.
and then to a bigger box.
and then to a decorated box to be camouflaged as part of the décor.
Finally, it takes up residence in what we call a banana box in some Innie Paradise. If it resides there for 6 months, it gets permanent resident status and the right to vote on domestic policy.

It isn’t commendable, people. Though visitors might not know it's there, I do, and it puts a pooper on my fall decorating party.

So my Next Thing is to take a cue from Suzanne at Southern Inspiration. She's hosting a Get It Done Challenge  and has asked us to join her in posting a concrete list of goals for the month of September.


Mine are as follows.
1. A good old fashioned fall cleaning which will include every single nook and crannie from port to stern, pillar to post, and all metaphors in between. I plan to organize my kitchen cabinets, laundry/sewing room, craft area, painting/DIY supplies, seasonal supplies, and the home office. After the leap off Tablescape Mountain, I also need a better place to store dishes, too.

2. With the two days I’ll probably have left after that, I plan to repaint the front door and do some fall front porch decorating.

3. I will also pull three items from The 101 List which sits mocking on my sidebar and give them a facelift. 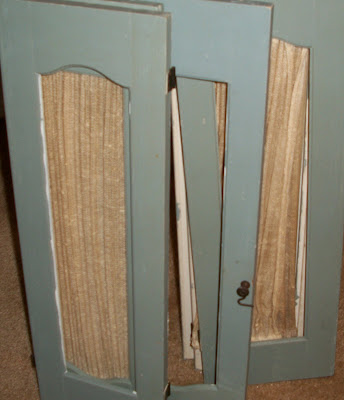 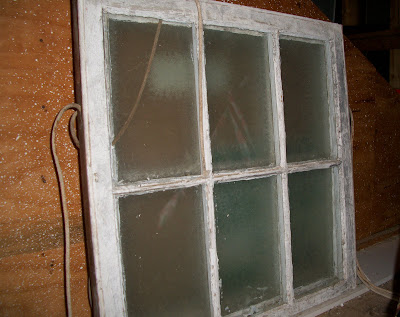 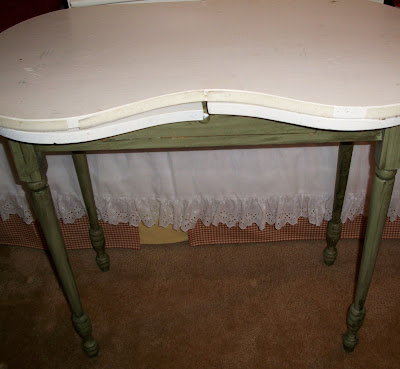 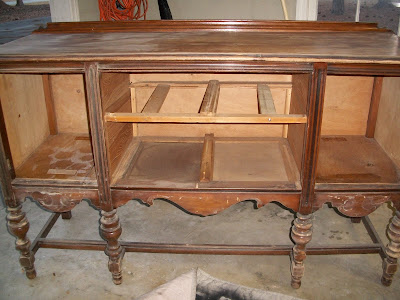 If I do not complete their facelift, they will be put in a yard sale which I am planning for the first weekend in October.  (Now October, you see, is not September. Therefore, if that part doesn’t come to fruition, it doesn’t affect my September grade.) I’m always thinking ahead…

So there you have it. I have put my September list out there. Is anyone else willing to join the challenge?

What are your plans for September?
yakked by Debbie on Tuesday, August 31, 2010

labels: stuff I should be ashamed to yak about, the list, the next thing

I intend on doing some more fall cleanup inside. Trying to decide whether or not I want to plan a fall crop. Finish some home improvement projects - that sort of thing.

Okay. I am so impressed with you and Suzanne. I can't seem to get my time organized to get anything finished. I can't wait to see what you do with that buffet. It's BEAUTIFUL!!! Love it!

This is great; everyone it seems is getting organized, cleaning up, getting down to it! It's exactly what I need to get me inspired!

I used to teach time management courses. In addition to teaching people to set goals in manageable chunks, my favorite tip was: Each week, make a list of everything that you think needs to be done for the week. Then, each day do ONLY those things that HAVE to be done. By the end of the week, you will usually discover that only 25% of your list really needed to be done. That said, I've been seriously thinking that, around my house, I need to edit, edit, edit! Thanks for stopping by my post. Come any time! Cherry Kay

Grace on the Narrow Path said...

Let's see for September.
(1)Finish the nursery/grandkids room before my first born grandchild gets here.
(2)Organize my children's pictures.
(3)Hang some pictures upstairs.
(4)Start a morning prayer group at my house.
(5)Find a part-time teaching/tutoring job.
I do not know if I will accomplish all of this before the end of September, but I am praying.
Blessings,
Bren

Oh, your list looks formidable, but I have every confidence you can do it! If we lived next door to each other, do you think we'd motivate one another or just enable one another to procrastinate, all the while having a blast together!!
Get 'er done, Debbie!! You can do this!

Suzanne
Thanks for the shout out; hopefully we inspire a few others to join in!

I love this post! I have so many things I need to get done this month too and yet I'm feeling a little unmotivated for some reason. I absolutely love the idea of joining up with the Get It Done Challenge and I'm going to hop over there right now. I wish I lived closer because I would come to your yard sale and snatch some of those things right up, oh, that is if you don't "Get em Done"! :-)
Vanessa
http://southerninmyheart.blogspot.com

I couldn't believe it when I opened your blog - I have been thinking about the very same thing! In fact my post was going to be called "Happy New Year To Me" as my house cannot wait until the usual January 1st dig out. Good luck to you on your projects and I will have to stop by Suzanne's blog to sign up!

Well, aren't you ambitious this morning! I have my little "to do" lists all over the house mocking me... the last thing I need is to post them for the world to see! (Well that part of the world that stops by my blog anyway...) Best of luck with your plans and I'm sure it will feel great to cross things off the list as you do them:@)

Hi Debbie,
My plans sound almost exactly like yours. For a moment I thought,"My goodness Debbie has been inside my home and she is describing it to a tee." lol We have got some outside projects that need doing too, mainly painting that porch that was suppose to have been done three months ago. lol
As always you brighten my day, Hugs,
Sue

My plans for September are to be a nicer Old Geezer than I was in August :-)

My, my, but we are ambitious. I wish I had such courage.

ooooo...I don't know....by the time I get home from work, getting the basics done is a chore for me.
Debbie@houseatthelake

I wish that I could copy your list and actually complete it! The cobwebs in my house are about to overtake us! Good luck and praying for productivity in your desire to decrapify!!

Good for you for setting your goals. I need to make my own list out. When school is back in session, it seems so hard for me to keep up with everything. I think once my garden is finished up producing, then I can at least put canning and such behind me. I would love to have a real good cleaning...nook and crannie cleaning like you said.

Repaint the front door? I can't wait to see it :)

Also, I can't wait to see the other stuff you do! Send me pictures...you would be ashamed of me, but I haven't really taken pictures yet :/

As the daughter of shiny red Koday I am deeply ashamed...but I will defintely take care of that starting tomorrow!

This is were we might differ... I am usually on top of the cleaning, while I push aside the "projects". Yet, when I see all the creativity bursting forth in what you do, I add to my list of "get r done" facelifts. Does it ever end?

Debbie, I laughed all the way through this post! I was laughing because I was thinking that you were describing my house and what I do with the clutter that piles up! I certainly should post a Sept. list on my blog, but I'm afraid of the pressure I'd feel. It's so much easier to just sit back and think I'm going to do it and then move it all into a bigger box! Good luck! Thanks for the laugh. laurie

I've got some cleaning to do, but mostly I'm going to start my get in shape again workouts. I like Leslie Sansone, walking outside on nice days and my palates machine with a re-bounder and workouts. With lots of traveling and too much sitting and cooking, I'm dusty!

My September plans include recovering from August!

Seriously (is it possible?), I do have a garage that doesn't have either one of our cars in it. Maybe it's time to attend to all that "junk!"

You have shamed me into cleaning...

I'm a fan of Fall too Debbie, the longer the better. Unfortunately it means saying farewell to longer daylight and the wonderful last sounds of crickets.

I really identify with Fall because it seems to be my point in life according to my age. Thinking of our life in seasons seems appropriate.

You have a very ambitious list there but I bet you'll get most of it completed! I love that last photo of the dresser with the drawers out. That one is going to be a stunner! Work on it first!! The lines are beautiful!!

Well, I've thought about this list since you told me you were posting your list. Would LOVE to tackle that unsightly office space but the husband will not allow it. Sigh. So...
1. Put away stuff sent back home from the summer adventures of a college intern.
2. Trim shrubs and put out more pine straw.
3. Help the dutchess paint her kitchen and help the newlyweds paint kitchen and bedroom trim.
4. Plan ladies luncheon.
5. Clean out gutters and put up gutter covers.

Not nearly as productive as your list but I'll give it a try.